Teacher by day / Actor by night!

A life without passion is a life half lived! Some of my passions include cooking multiple Italian dishes when I throw a dinner party for my friends, throwing a frisbee to my labradoodle Teddy in Elsternwick Park and composing and recording tunes on my 1971 Fender Thin line Telecaster. Two of my greatest passions are teaching international students’ leadership and marketing and performing plays that mean a lot to my soul on stage. Balancing these two passions is not as easy it may seem because you have to give 100% to both or you’re not only short changing your students but you’re also not satisfying a paying theatre audience. At Australian City Design College (ACDC) I deliver a range of subjects that include consumer behaviour, advertising, sustainability, product strategy and international trade whilst also managing my own independent theatre company; AVID Theatre.

I do feel that theatre, just like teaching leadership and marketing, can shift or expand people’s thinking. That’s what life is all about, the expansion of thought and learning to embrace the new! I believe one gets the best results through collaborative storytelling. We must all dream and keep dreaming so our lives matter both from what we give to the world and how we replenish our experience. I feel blessed to have the opportunity to not only dream but achieve.

My acting journey started 10 years ago when my life changed in my late 30’s. I was newly single with some disposable income and I could literally follow any path I wanted…and I always had a desire to learn the craft of acting. I ended up studying at the prestigious NIDA for one magic summer in Sydney 2011. I stayed with a friend mum in Glebe and drank in the sights and sounds while taking my first steps into film and theatre.

Here I am, ten years on (does the year off for COVID count?) and I now have my own Theatre company, AVID Theatre which produces pop-culture classics such as ‘A Streetcar Named Desire’ and our current show ’12 Angry Men’. To do this you need to be very organised, balance a lot of plates in the air and wear many hats. My list includes (in no order, as each is as important to realising your end game – a GREAT production); actor, producer, costumer, prop-master, marketing guru, copywriter, designer, set-builder and general mad man!

It helps that I am deeply passionate and curious about all things that are brand and strategy based in business which both play out for my teaching and for my theatre company. I love working alongside ACDC’s talented, diverse and engaging students and team members to produce innovative results and some of them even end up helping with aspects of a play I’m doing. To be good at both gigs you need to be professional but also have a sense of mischief and fun. 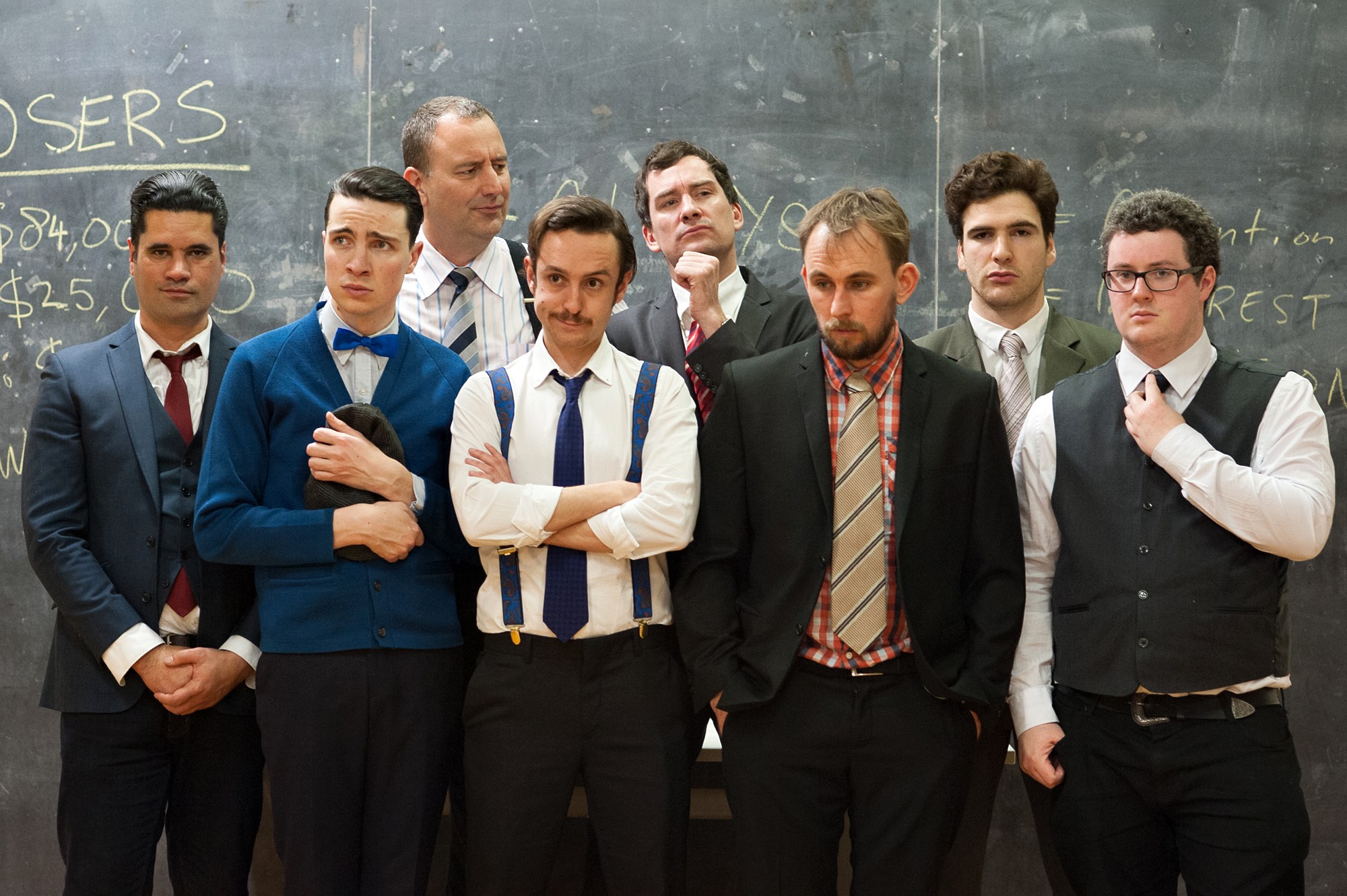 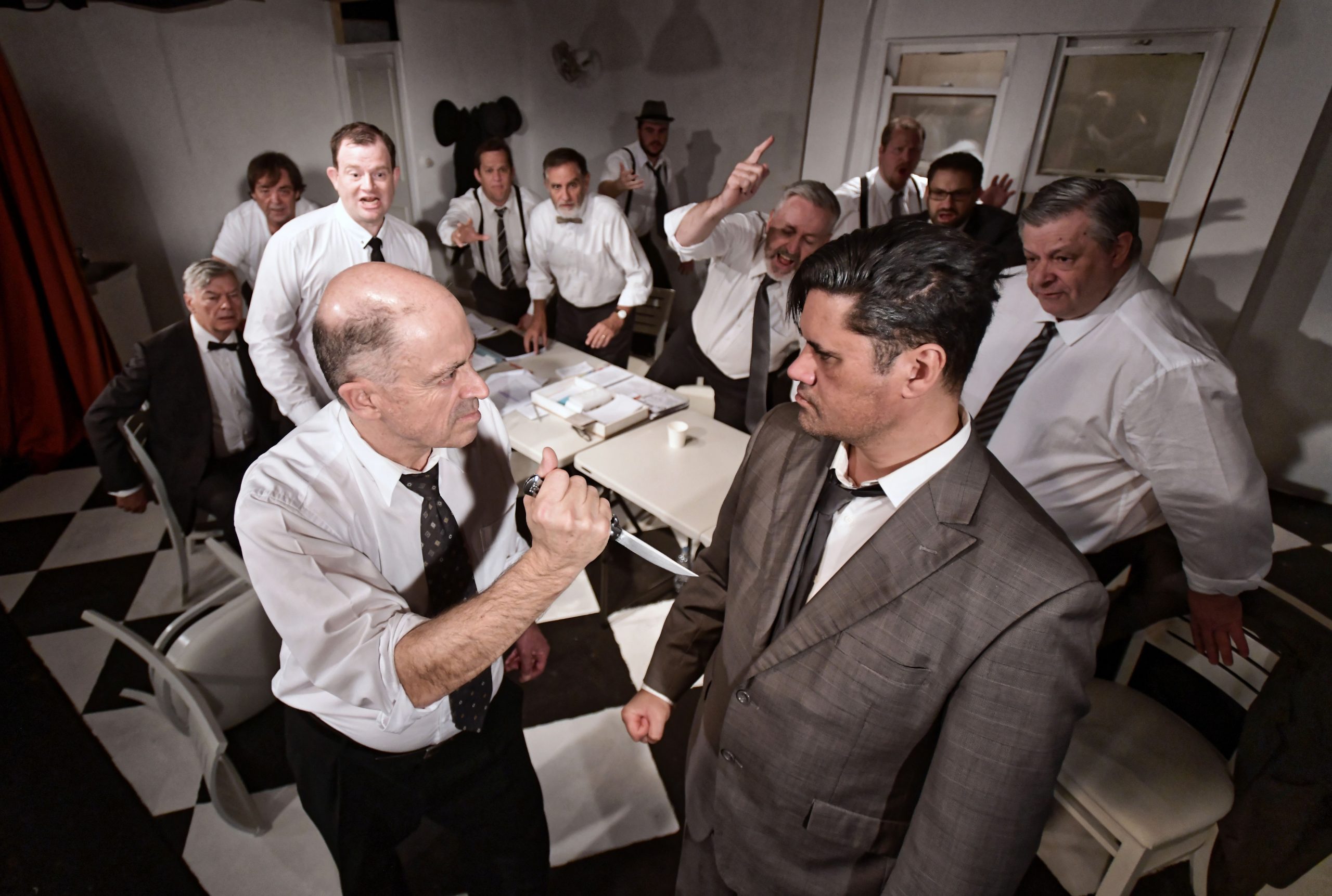 A Bit of Backstory from Me OR How the Kid Got in The Picture!

Some credits include the lead actor in the short, award winning film Trepidation which has screened on UK & NZ TV. I also played 3rd lead in the feature film Model Behaviour. Net Series include IRON CITY and Oz Linked in 2019. To be honest I find film less rewarding as an artistic endeavour because the budgets I work under give you a few takes and you can spend day’s on set to only achieve a few minutes of footage. That said; if Ridley Scott or Martin Scorsese want to offer me a gig “I’m all in”!

Treading the boards, or theatre as it is better known, is really my true passion. There is something about the immediacy and the connection with the audience that makes it visceral and a deeply resonating experience. I probably enjoy the research and study of the character, the history of the universe I am entering and the dedication to rendering a character believable and grounded than actually performing it. Once the lines are down and the blocking (where the character moves to within the theatre space) is set in stone you are an instrument that needs to execute what you’ve rehearsed, yet each night you need stay committed to the moment and make these moments live as if they were the first time.

Some of my theatre credits include Larry in Patrick Marber’s Closer, Ricky Roma in David Mamet’s Glengarry Glen Ross, Heathcliff in Wuthering Heights, Richard Hannay in The 39 Steps, Macbeth in the Bard’s Scottish play, Robert in Harold Pinter’s Betrayal, Alan Turing in Breaking the Code, Stanley Kowalski Tennessee William’s A Streetcar Named Desire, Orson Welles in War of the Worlds and as the title character in The Elephant Man (Lyrebird Award – Best Actor in a Drama 2019).

AVID Theatre’s current show is 12 Angry Men is a gripping examination of twelve jurors as they deliberate the conviction or acquittal of a 16-year-old defendant on the basis of reasonable doubt, in a seemingly open-and-shut case. Led by one man’s courage to stand up for his beliefs and search for the truth, the other jurors, intent on playing the hangman, are forced to confront their own moral code and personal motivations whilst deciding on the fate of the boy. This is why I love acting; the opportunity to explore characters and experience different worlds. 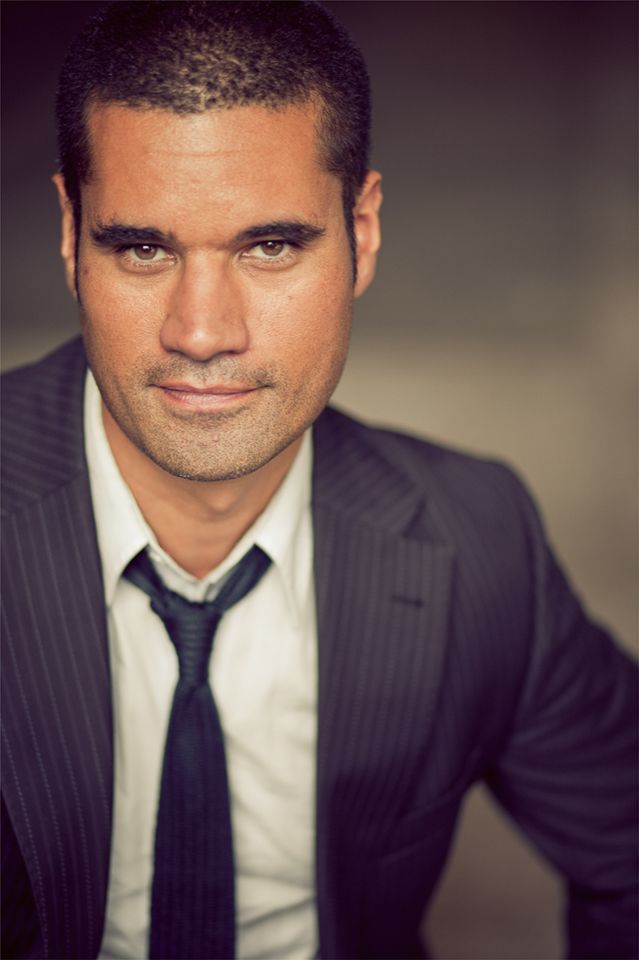 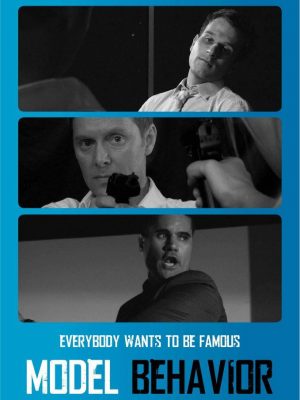 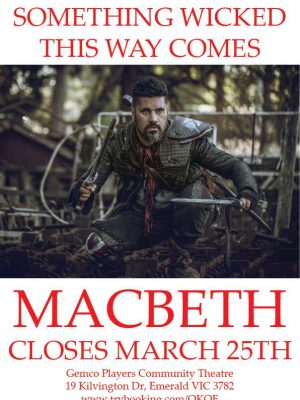 There are Stories that we ALL Know

In literature and legend, they say that there are 7 story archetypes which are the following (I’ll include an example so you can relate):

The beauty of acting is you have the freedom to explore all of these themes and if the play is complex and well written it will incorporate a few elements…hence the iconic Greek sock and buskin which are the two ancient symbols of comedy and tragedy. The history of acting dates back beyond the ages yet it is an art form that continues to evolve (or de-evolve if you believe some critics).

Acting involves a broad range of skills, including a well-developed imagination, an emotional facility to access sense memory, physical expressivity, vocal projection, clarity of speech, and the ability to interpret drama. I love how it also demands an ability to employ dialects, accents, improvisation, observation and emulation, mime, and stage combat. I have trained at length mastering swordsmanship and weapons training for firearms just for a movie shoot.

I always believe study is important for all forms of endeavour but especially acting. Neither Heath Ledger nor Russell Crowe studied formally and yet they are both naturally gifted actors with an enormous range.  I study intermittently at the Film Space under my mentor and, now friend, Aleksi Vellis. He is not only my teacher and guide but someone I can explore ideas with and use as a sounding board. He is a terrific asset and has added many tools to my acting toolkit.

“I suppose I have a highly developed capacity for self-delusion, so it’s no problem for me to believe that I’m somebody else!”